by rey-o
you can draw a few parallels between both comics and video games, one similarity is that both have a healthy independent community behind them. Like comics, you'll often find the most creative and original work coming from passionate independent folks.


here is a list of a few of my indy gaming faves, or games that i'm anticipating for release:

a metriodvania style game with deceptively retro graphics. great character designs, inventive weapons and a surprisingly good story. it's hard to believe one man is responsible for all of this.

a flash based point and click adventure game. Samorost sports a really unique visual style with good animation and also a really good soundtrack. 2 has a full version that can be purchased on-line.

it's a puzzle game where you play as an allergic pig who can shoot snot in order to elude and capture uhhh...larger pig-like things. the game is visually gorgeous and the soundtrack is really good.


there are a ton of other great examples out there, i check out tigsource (http://tigsource.com) regularly for my indy gaming fix. if you've played a fun indy game you can share it here!
by k-9lives
Ah cool, i'll check those games out... it's interesting to see the indy side of games. But you have to trudge thru some rubbish to find the gems. Did you ever play CRUSH on the PSP? Don't know if it was slightly indy? the art in it was real cool and the gameplay was SO innovative!
by hanzo
There's really a lot of indy games worth checking out, not all of them are free, but most of them are really affordable...
just to name a few:

The Path (great experiment in turning the game genre upside down)

Aquaria
this is a really hard underwater exploration and shooting game... the graphics and the music are just brilliant! 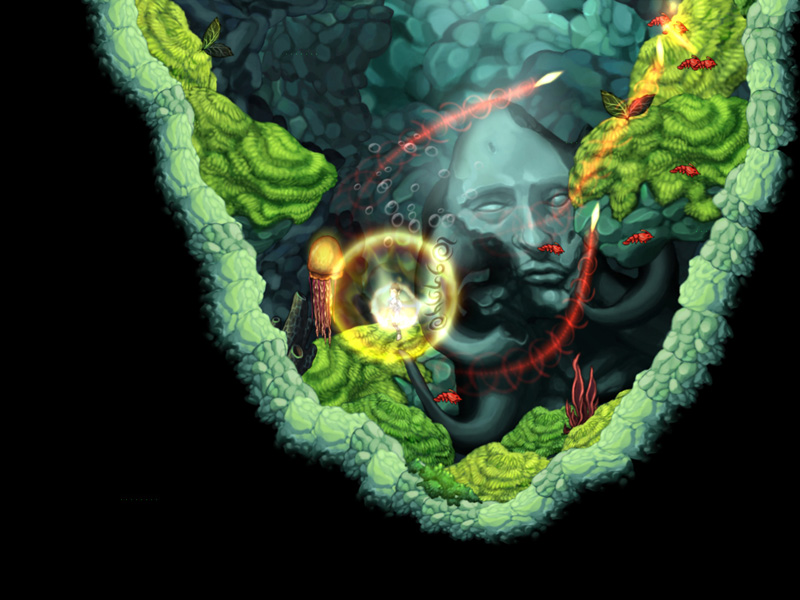 want more?
I thinnk I could go on for some time posting indie games... have become a real fan lately...

[/img]
by dark77778
Don't forget Braid! If there are any games that will change your perspective of gaming, it's Braid and The Path. I'll post screens of Braid later.

by stickyfish
I really loved Braid and also am loving the charm of Machinarium below. It's a short (less than 10 hours) game but the puzzles are quite puzzling and of course the robots are really lovable. Not to mention the backgrounds are painted so beautifully.

I love Knytt stories. Have you played Within a Deep Forest? That one's a bit harder, but just as fun.

Geneforge http://www.spiderwebsoftware.com/
A real "role-playing" game where you not only customize your wizard-character, but chose whether you want to be good or evil. Very detailed world with interesting quests. Highly recommended.
All times are UTC-07:00
Page 1 of 1
Powered by phpBB® Forum Software © phpBB Limited
https://www.phpbb.com/