some of you may already know about it.

i just found out.. and i'm kinda suprised.


Bill Murray's going to be the voice of Garfield...


Since alot of you probally grew up reading his work, what do you think about it? good? or bad?

Personally, i'm recommending this. it's garfield. 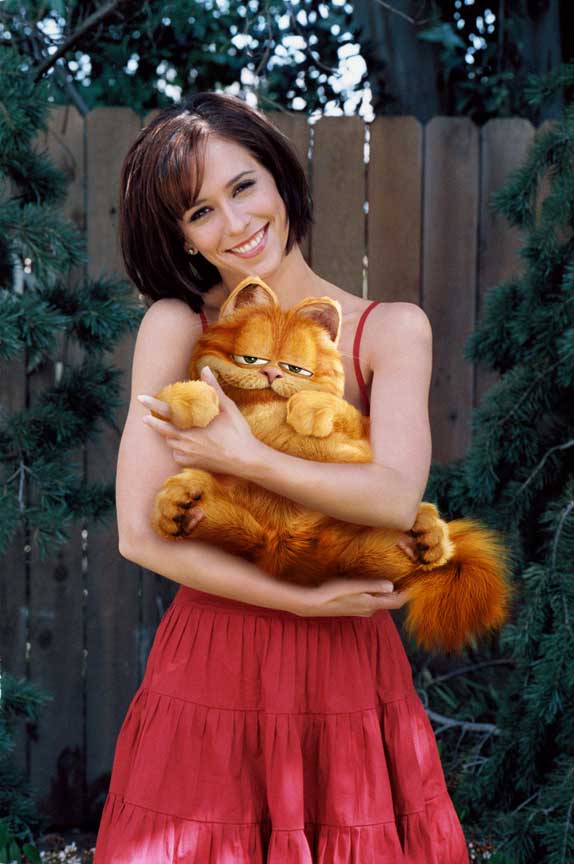 i just found this.


if i were in your shoes, i'd rather get time machine, go back to when Jim Davis got this idea, and slap him silly.

My sentiments exactly; Garfield should never have happened. But it did, for whatever reason. It could be just another example of mediocrity succeeding where original work failed due to its overall accessibility. That, or, infants were sacrificed at some satanic altar for the cause. Either theory is plausible. Being a $1bil enterprise, I guess it was only a matter of time. Also, no news that Hollywood is out of ideas, not that it had any in the first place, but, at least there's no plan to turn 'Cathy' in a feature.

As long as we’re bashing childhood memories, I move to denounce all that Hanna-Barbara crap-factory has ever produced. Sadly, due to its puzzling, wide-spread popularity, I now realize that burning every single episode of ‘Scooby-Do’ is virtually impossible.
Top

i take back my recommendation for this.


Chev - Not all Hanna-Barbara shows were crap.


I liked the Flintstones. Not the movies. they sucked. the old show.
Top

Somehow, it doesn't like seem much of a stretch for Love-Hewitt's head to spin on her shoulders and spew out pea soup from her mouth (as the spewing part is probably part of her daily regiment every morning).

If you need to see more of this vile screen abomination, you might want to check out the trailer on the apple.com site.
keaner.net
the secret friend society
Top

Yeah... I feel the same thing with this film that I felt when I saw the early press releases for The Cat in the Hat. They may just as well animate a giant dollar sign.

That being said, the filmmakers should still be given their chance to make something of it, since if this thing actually turns out good, the low expectations/"oh my god it's actually good" factor will help it in the long run.

My co-worker here thinks it might be pretty good. But he also thought The Cat and the Hat was going to be a decent film. I should probably start placing some bets...

What have they done to my cat???? Frickin Hollywood!

And if you think Garfield looks bad, take a look at Odie. It looks like that dog from The Mask. I also don't like how Bill Murray is portraying Garfield's voice. It seems too feminine.

I can't wait for a live action Snoopy now.

on this note, i'll say thanks to the great folks at DC++, for creating that wonderful program.

I just downloaded every strip of that lovable cat from 1970's till today.

i know.. bad karma's coming my way. At least i'll be able to read the early work.

I don't really mind seeing Bill Murray portraying Garfield. Although he's no Lorenzo Music, it'll be interesting to see how he pulls it off. He does have that Lethargic voice in him.

You're right. Bill Murray does have the voice and initially I thought it would have been perfect, but they way it sounds it's more like Harvey Fierstein with a clear throat.

I think that's awesome that you got all the Garfield strips.

i peed in my pants.

A feature length film based on 3-4 panel strips...that revolve essentially around one joke?
How could it be anything BUT bad.

And why make Garfield CG...and not ODIE?! That doesn't make any sense at all. If one is going to be CG so should the other and vice versa...you know your film is already going to be bad...at least make it cohesively bad.

Should have saw this one coming after Bullwinkle and Scooby Doo.

Well they did expand the 3-4 panel strip into holiday animated specials and a tv show. So I guess they figured, why not expand the show to a movie. Hollywood logic.
Top

And I think following the success of Lord of the Rings, they are planning to do a trilogy.

Users browsing this forum: No registered users and 6 guests